If you are reading this, perhaps, you have just received your first letter inviting you to a hearing.

Perhaps, you have attended your first hearing and are still reeling.

Maybe, you are a veteran of many hearings.

This is a hard process. There are no short cuts, and there is nobody who can shield you from this storm. Whatever led you to begin this process, please remember, you are not alone. You are not the only person who has gone through this, and you are capable of getting through this. 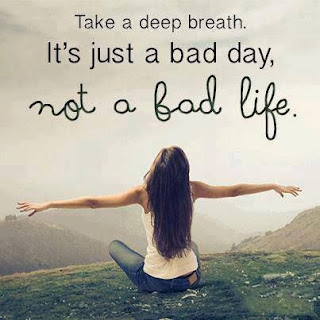 Take the time to take care of yourself. Take the time to rally your support network. Without my support team, who held me upright when I could hardly stand, I would not have made it through the first week, never mind the months that have followed.

Really, the best prep- work you can do is get support. Take legal advice or at the very least get an advocate. This is where you need to have a support person who understands what is going on and can speak up when frankly you don't understand the full ramifications of what is happening.

I think expectation management is vital. This is not a quick system. And when every moment feels like a life time of agony stretching out into the abyss, this will feel like it is taking an eternity. It takes one minute for someone to raise a concern. A concern that could take months, if not years, to unpick and sort out.

Maybe it isn't a concern. Maybe in your cases something in your family's life has started sliding down hill, or maybe, there is a significant event that has just changed the world you are living in.

Either way, your family has undoubtedly just experienced a significant trauma. Gather support, rally your friends and family, because you need them more than ever.

A children's hearing is not called willy nilly, and this is serious. This means that a referral has been sent to the children's reporter, and there is quite likely serious grounds being written.

Don't bury your head in the sand. Get advice, and get support.

Let's begin with what is a Children's hearing - Panel meeting? Consider what it does, and then look at how to survive them.

As part of the Social Work (Scotland) Act 1968, the Scottish Children’s Hearing system was introduced. Through the 50s and the 60s, there was a growing concern about the way children who got into trouble were being dealt with. Lord Kilbrandon set up a committee in 1960 to develop better solutions. On the 15th of April, 1971, children’s hearings took over form the courts in dealing with children who had committed offences, or who were in need of care or protection.

“One of the strengths of the Children’s Hearings System is that it has been able to adapt to changing social and political climates. The fundamental principles on which it is based have been maintained - but processes have been changed in light of international conventions and case law. These include the specific rights for children contained in the United Nations Convention on the Rights of the Child and the general human rights contained in the European Convention on Human Rights.”

The way that the children’s hearing system works -

A children’s hearing (sometimes called a children’s panel) is a legal meeting arranged to consider and make decisions about children and young people who may be having problems in their lives. Children’s hearings are held in private and only those people who have a legal right to be there, or are allowed to be there by the chairing member, will be present.

The hearing consists of three members of the local community who act as lay tribunal members, called panel members. They give their time freely (they are not paid a fee) to sit on hearings. The hearing listens to the child’s circumstances and then decides whether compulsory measures of supervision are needed for the child and, if so, what they should be.

So, what does that mean in practice?

Well, in practice, as a parent, you will receive a letter notifying you that you are required to attend a children’s hearing at the Children’s reporters office, on a certain date. Included with the letter should be a copy of the grounds of referral and any further information/ social work report/ medical report/ police report, etc.

Important to note, the Children’s reporter’s office is not at the court.

The Children’s reporter has their own building, in our case - across town, and it will do you no good to be stood outside the court, wondering why nobody else is showing up at the court.

Make sure you find out where the reporter's office is located.

At the Reporter’s office, you will likely be asked to sit in a waiting room, with lots of bright blue and white cheery signs that shout out how the Children’s hearing system makes important decisions in young people’s lives and that they listen.

From experience, it will be hard not to feel a little jaded towards these bright posters.

When you go into the meeting room there will be three panel members who are trained volunteers, the Children’s reporter, a minute taker, a social worker or two, and possible any other relevant person to your child’s situation (police/ health/ foster carer).

The theory children’s panels hearings gather all parties around the table to converse and work things out. I really do think that is the general idea.

However, the practice is a somewhat different experience.

For reasons that are unclear to me, Social work seem to always start the conversation, and  they have a tendency to keep a tight grip on the conversational reins. It can feel almost insurmountable to get a word in edgewise.

At our very first panel hearing, we found even the panel members found it hard to get a word in edge wise. And the children's reporter had to become all most feisty. That is a tough crowd.

This is where having an advocate can make a huge difference.

Few solicitors have experience in children’s panel hearings, in part because due to legal aid cut backs, they aren’t funded properly. Hence, it is a coin toss as to if you will have legal representation.

An advocate will have had a lot of practice in these situations and will have the timing down on when to speak up. This is especially tricky as the hearing is quite orchestrated and it is quite unclear to anyone who has not experienced these hearings when your opportunity to speak has arrived and finished.

I found myself speaking out of turn in one panel meeting, when I thought everyone had finally stopped speaking, that I might have a chance to speak. I had waited patiently through everyone else's dialogue, having not had a single occassion to speak. It turned out the panel had decided that they were closed to discussion. I was tutted at, and they then went on to commence their deliberations, without ever hearing me. As a mother, and my child's voice, I felt humilitated and as though I had failed my child.

Don't let this be you, speak up, write a prepared speach in advance, and bring an advocate who can hold the floor open to ensure your voice is heard.

By trying to be polite, I lost my opportunity to speak. Don't be that polite. Nonetheless, it is extremely important to be calm in your manner. Calm and confident.

It may be well worth your time to prepare a speech that you wish to read out to the panel, addressing the concerns, and offering your own ideas about how to balance any risks.

It can be daunting to even consider what should I be telling the children’s panel members and what can I ask them?

The worst that will happen is they say no. So ask. Nothing ventured, nothing gained.

Children’s panels are incredibly risk adverse. The three members will, after having a few minutes to think about it, take turns to share their decision and their reasons for the decision.

After the hearing, if you feel that the panel did not consider the questions that you asked, or that they did not properly consider the law, or that there was procedural irregularity, you are well within your right to appeal.

Let me say this again, because it is of utmost importance. You are entitled to appeal the children’s panel hearings decision. This will put your case in front of a Sheriff who will have another look at the case and if the appeal is accepted, a new order with different conditions may be granted, or the order can be discharged.

In the first few months of our own journey through this system, we left every children’s hearing feeling stomped on. We appealed several times. Every single time the appeal was successful.

Every single step forward in our case was granted by our appeals. Had we not appealed, we would have been stuck with the initial EPO conditions which were grim.

It is incredibly hard to stand up for yourself in this kind of situation. Nobody teaches you how to fight this kind of battle. It is this horrible balance of trying to work together with the local authority and keeping your moral, and sense of self worth.

You are worth it.

Your children are worth it.

You have a voice, use it wisely, but most especially use it.

And get an advocate. They are worth their weight in gold.

How to survive the holidays